7 Tips for Helping your CEO Shine on Camera 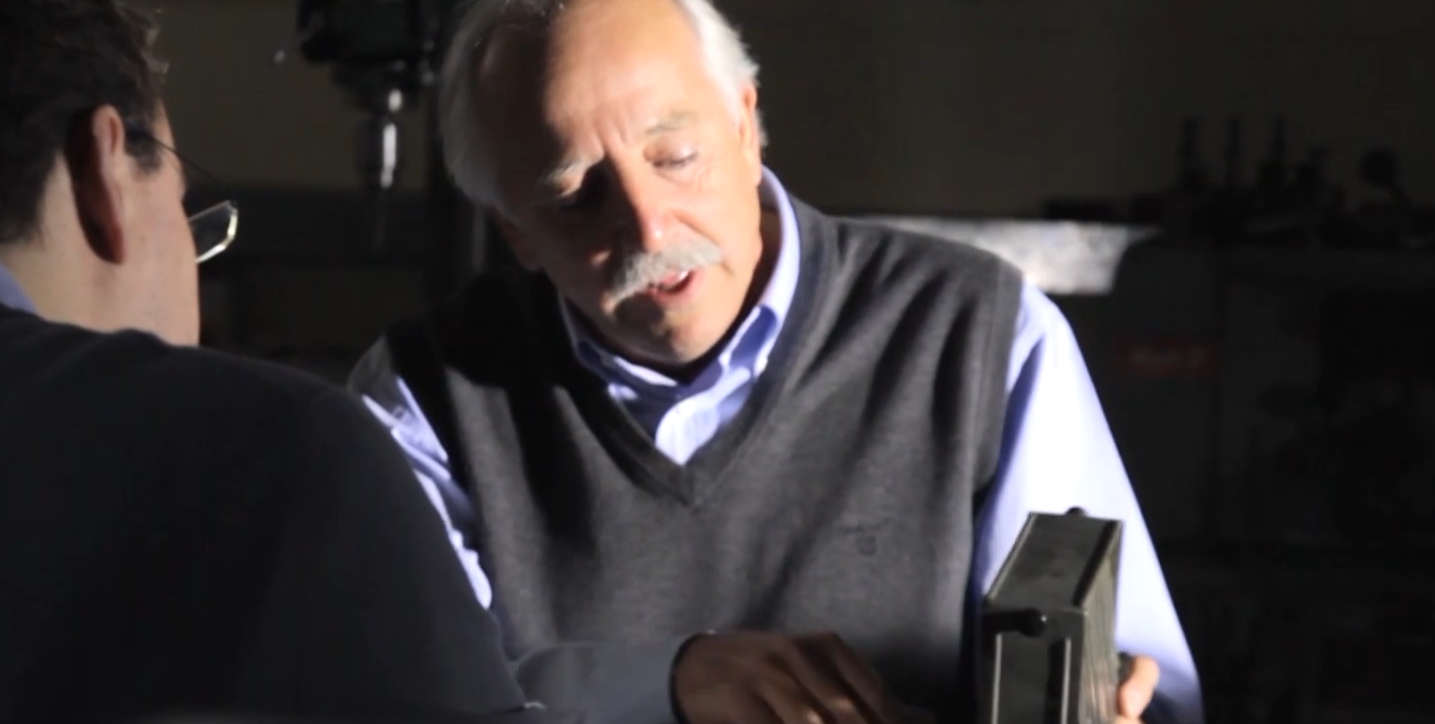 “You’ll never get Dad on camera!” said Alex Gort-Barten, grandson of the founder of Dualit, and now Director of the iconic kitchen appliance manufacturers.

Leslie Gort-Barten, the founder’s son and CEO had never even given an interview before, let alone appeared on camera.

But once he was reassured, relaxed and ready he gave one of the most engaging, authentic and delightful interviews we’ve ever filmed - full of passion for his product and vision for his company.

So why are some CEOs shy of appearing on camera? And in some cases, why are they kept from being themselves on camera by over-anxious communications staff?

There are three main causes we regularly come across that contribute to lack of CEO-shine:

One of the reasons most CEOs avoid being on camera is that they probably think it will be an unpleasant experience. They will be told to sit in an awkward way and not move their hands. They will be drilled with questions from a pre-prepared list and they will be expected to answer absolutely on message - or else!

Other CEOs end up being over-managed because of their tendency to go ‘off piste’ - and off message.

These are often vibrant communicators and big thinkers who, as soon as they’ve got the team working on one big idea, are off on the next one. The fear is that if they are unleashed on camera they won’t communicate what they need to – so they are kept on a tight leash, or are ‘helicoptered’ during the interview with off-camera whispers of the key messages in their ears, so they don’t forget.

Another reason for reluctance is that whilst the CEO might be a brilliant strategist and a dynamic business person, so far their communication skills have been a little lacking and they’ve got a reputation for being dreadful on camera, so they are replaced by another member of the board or senior team to do the job.

We’ve interviewed dozens of CEOs and Founders - from the naturally charismatic, to the chronically shy, and almost always they walk away saying something like:

“wow, that was really quite enjoyable”

“you really let me be myself”

“thank you for not just telling me what to say”

So, here are 7 tips to help turn your CEOs next filming chore into a treat, from our Creative Director and award-winning documentary maker Jeremy Higham.

7 Tips to Help Your CEO Shine on Camera

Where is your CEO most comfortable being? It’s unlikely to be the board room.

Think about a location that doesn’t just represent the company but where they feel most themselves. For one retail founder we interviewed it was the flea markets of New York. For another their library at home, another the back of a taxi on the way to a meeting.

Before the interview begins, sit with a colleague who knows them well and ask them to give you a dozen topics that the CEO will most enjoy talking about. The things he really cares about, the stories that he/she loves to tell. We call this creating an ‘interview map’.

It’s a much more flexible format than a list of questions and it is based not just on the things we want them to cover, but provides as the starting point, the CEO’s own hot topics.

Once they’re on a roll they’ll be able to nail the messages that are important for the film.

Jeremy says “The first thing I do is talk about something with them that has absolutely nothing to do with work”.

Even if the CEO is a busy person we allow 5 to 10 minutes of warm up time whilst the camera is running. During this time they will get accustomed to communicating ideas with a camera pointing at them, their body language will relax and they will start to be themselves.

Once they are looking as free and natural as if they were at a barbecue with friends, we begin.

If the interviewer can be bold enough to ask questions that go a little deeper, it can unlock the personality of the CEO which along with some anecdotes will enable your audience to engage with them at a deeper level  - questions like:

- If all this ended tomorrow, what is it that you would miss most as you walked out of the door? How did you end up doing this job in the first place?

Even if you do not use these questions in this particular film, they really help to loosen the CEO up and improve their answers to other questions.

5. Don’t be too professional

Jeremy says “I never try to be to professional. I just want to be an interested person not a TV pro. Even a confident CEO can feel intimidated by a media professional, and although they may not admit it, they have actually been thinking about this interview since the moment they got up, so I try to be vulnerable with them and say things like:

“Would you give me a bit of time to warm up, I didn't sleep well last night”

I try not to invent these things otherwise it becomes a mechanism I just try to be honest and usually they respond with equal honesty - many of them have not slept well either!

One of the things we spot pretty quickly is if someone has had ‘Media Training’ from the wrong kind of media trainer. Their job should simply be to help a person to overcome their understandable nerves so that they can be themselves. It should not attempt to change their behaviour to make them look more ‘normal’.

We tell people - “just be yourself, use your hands as much as you like and if it is beginning to interfere with the shot we will let you know. Otherwise there is nothing that you need to do but answer the questions and enjoy your time with us”.

7. Know when to leave

“A CEO told me recently that the most intimidating thing in the room was not me or the film crew but actually his staff sitting around with notebooks listening intently to every phrase that came out of his mouth.

Another CEO froze completely, and when I asked him what the problem was he just said it was everybody else in the room staring at him. So I asked them to leave and immediately he came alive”.

Not everybody responds well when they are being inspected from the wings.

But back to Dualit - since Leslie got over his dislike of cameras he’s appeared in several videos and given lots more interviews, helping build Dualit’s presence (not to mention their sales…)

Watch more about how we worked with Dualit in our 2 minute case study here: